Posted at 09:43h in Featured, Wine of the week by HowdyPress 0 Comments 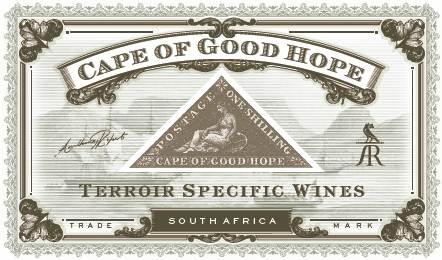 With the warmer weather we start to enjoy some lovely crisp white wines and especially South Africa’s favourite white cultivar, Sauvignon Blanc! So it was opportune to receive the announcement of the winning top ten Sauvignon Blanc’s in the 2013 FNB Top Ten Sauvignon Blanc Awards. The competition was started in 2007 to promote innovation and excellence within this category, and so reward the wineries who undertake to make exceptional quality wines. The awards gain momentum year on  year and in 2013 the awards  attracted a record number of 207 entries (compared to 195 in 2012).

According  to the panel of five respected judges the quality of Sauvignon Blanc has risen dramatically in recent years and this year they were not disappointed!  The green and ultra-acidic wines of around a decade ago are largely gone and instead what is emerging is a category of good basic quality, but also really exciting stylistic diversity. “Some wines are herbaceous and spicy, other show more tropical fruit and then there are others that have had some oak influence and they’re all legit,” said Cathy Marston, wine educator and journalist and judge in this year’s competition.

One of the ten winning wines was the Cape of Good Hope Altima 2013 which is produced by Anthonij Rupert Wines in Franschhoek. The range of Cape of Good Hope wines are produced from vineyards which are all older than 40 years  The Cape of Good Hope project  was developed to celebrate the vinous heritage of South Africa as well as wines that reflect the specific terroir. Many of these older vineyards have been owned by families and over time the quality of the fruit diminished due to lack of care. As vineyards get older they yield less fruit per vine, thus less rand per hectare which makes the space the vineyards are on not commercially viable as agricultural space is at a premium. This meant that many of these older vineyards were being replaced by younger higher yielding vines resulting in much of the Capes vinous heritage lost. Although the yield diminishes from older vineyards the quality of the fruit can be exceptional.  The fruit produces wines which are more complex and structured and reflect a true sense of place, if vinified on their own and become real “Terroir Specific Wines”.

The viticultural team at Anthonij Rupert Wines spent a number of years identifying as many vineyards as possible older than 40 years. Their list currently stands at more than 120 vineyard blocks older than 40 years, and some as old as 120 years. Select vineyards were chosen to make a small range of wines and the idea is to encourage other winemakers to work with these vineyards.

The Altima 2013 is made from grapes grown in an isolated valley north of Villiersdorp which  is surrounded by a steep mountain range that rises 1km from the valley floor. During the winter months these mountains are often covered with snow, resulting in a very cool climate. As a consequence this unique terroir produces wines with a high natural acidity with upfront aromas. The Altima 2013 offers intense aromas of tropical fruit, granadilla and newly ripened pears with hints of citrus.  The flavours on the palate show developed cool fruit with hints of freshly mown grass, dried fynbos with flinty minerality on the finish.

The structure of this wine allows for enjoying now but also to give it time in the bottle for a couple more years.