Posted at 10:35h in Wine of the week by HowdyPress 0 Comments 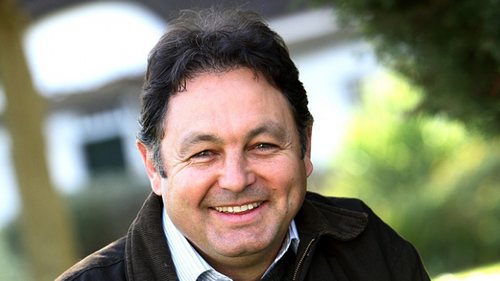 Too often we see talented wine makers moving from one winery to another as they are “poached” with the lure of a better package elsewhere. But does this job hopping from one farm to the other really enhance the skills of a winemaker in the long run?  Only after they have worked a few vintages at a winery can they start to really understand the true potential of the vineyards which supply them with the all important fruit for their wines. During this tenure they work closely with the viticulturist and start planning for the future replanting of vineyards and even bringing in better suited cultivars for the soil/ terrior of the farm. Nature cannot be hurried along with these changes (a new vine really only starts to produce workable fruit after three years) so if a wine maker is not there for the long haul he may never see the full potential of what he or she could ultimately produce.

Happily this is not the case at Hartenberg, outside Stellenbosch, where Cellarmaster and winemaker, Carl Schutz, this year celebrated his 20th vintage at this award winning estate. Hartenberg has always subscribed to its  success with its most precious asset – its people. Making exceptional wines that reflect the myriad of microclimates and soil types unique to Hartenberg, Carl has been richly rewarded for the time he has spent working here. His wines consistently  achieve top accolades from established wine competitions both local and international. In 2005 Carl was named Diners Club Winemaker of the Year for his 2004 Merlot. Then in 2009 he received the trophy for the best Merlot in the world for his 2005 vintage. More recently, The Stork 2008 rated the world’s No. 1 Shiraz at the 2012 Syrah du Monde competition, which must be one of Carl’s biggest triumphs to date. This signature Hartenberg Shiraz owes its name to the late Ken Mackenzie, who bought the property in the late eighties. Stork was Ken’s Second World War nickname (as he was tall with long thin legs and a Spitfire pilot) and Shiraz was his preferred red wine.

“Ken Mackenzie was and is a huge inspiration to me. Here was a very successful businessman who had the knack of engaging and communicating with people from all walks of life, at all levels of society. He was a very humble, wise and kind person – attributes that I strive for in my journey through life,” says Carl, who draws his inspiration from Hartenberg’s outstanding terroir and singles out his opportunity to work with Ken Mackenzie above all others as the highlight of the past 20 years. “Having been fortunate enough to have had the terroir, owners and team that enabled me to create a range of successful wines over an extended period of time is priceless,” Carl adds.

Having no problem sharing his knowledge, Carl believes that young winemakers should make the most of every opportunity they get to learn from their mentors. “Many of the established techniques in a cellar have been honed over a long period of time and are fine – tuned annually. Hence, young winemakers make an immediate quantum leap in knowledge. It is important to remember that a fully-fledged winemaker only has about thirty opportunities in a lifetime to make great wine,” says Carl.

‘I still believe that I have not made my best wine yet. There are still a lot of challenges waiting for me right here at Hartenberg. I dream of making the perfect wine, to continually create wines that perform well on an international level and to improve on what we do every year,” concludes Carl.

To celebrate Carls 20th vintage we were invited to a vertical tasting of his ultra premium Shiraz, The Gravel Hill. We were led through six outstanding vintages of this celebrated wine and not surprisingly, not one negative comment came from the esteemed panel! It was praise all the way and over the lunch afterwards we were able to taste the line up with food as well as try the other three equally good shirazes made on this estate.