Posted at 16:47h in Wine of the week by HowdyPress 0 Comments 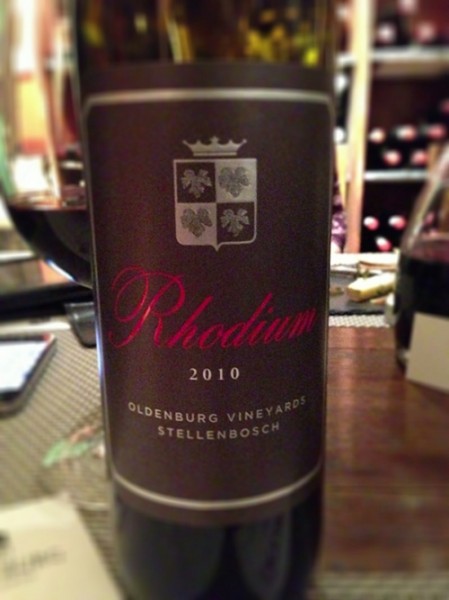 The year 2007 saw the first wines released from this delightfully enterprising winery which nestles in the sheltered Banhoek valley above Stellenbosch.

Almost immediately after release the wines were sniffed out by the critical wine fraternity and hailed as the new kid on the block and a winery to watch, which is not surprising as Oldenburg’s wines were good – actually very good – especially their delicious Chenin Blanc and Cabernet Franc.

Owner, Adrian Vanderspuy’s life took a full circle in 2003 when he purchased Oldenburg farm, which was the neighbouring farm to the one he was born on. He immediately set to work and had the soils analysed which came back with excellent results for the potential of growing outstanding quality grapes. He removed all the old vines as they were in poor condition after years of neglect and replanted with both red and white cultivars.

Adrian’s aim was to establish Oldenburg as a premium boutique producer and to assist him with his vision he employed viticulturist and winemaker Simon Thompson in 2004.

“The geography, the soil and the climate all point to the possibility to make extraordinary wines. Here we have everything we need from nature, to make the best wines,” Simon comments.

“We strive to interact with nature in a sustainable manner,” he adds, saying that the philosophy is to tread as lightly as possible and to craft wines with minimal intervention.

It’s no surprise then that after several successful vintages of their wines that a new wine has been introduced to their portfolio, the Oldenburg Rhodium 2010. Rhodium is a precious and rare metal often used for sustainable purposes and so it is referred to as the “green” metal.

The Oldenburg Rhodium 2010 may not have the value of its metal namesake but the premium quality of this wine will afford it collectable status for wine purists.

The wine is a blend of 50 percent Merlot, 40 percent Cabernet Franc and 10 percent Malbec and it shows inviting dark crimson colour which entices you to breath in generous earthy aromas of   rich black cherry fruit with subtle vanilla and caramel.

The full-bodied flavours of rich blueberry fruit, along with touches of savoury spice on the mid-palate culminates in a balanced finish with structured tannins.

Perfect now to complement food – we enjoyed the wine with oven-roasted loin of lamb with a rich garlic and rosemary sauce – but this is a special wine worth the honour of taking some space in your cellar as given time, it will reward you even further!