Posted at 15:33h in Wine of the week by HowdyPress 0 Comments 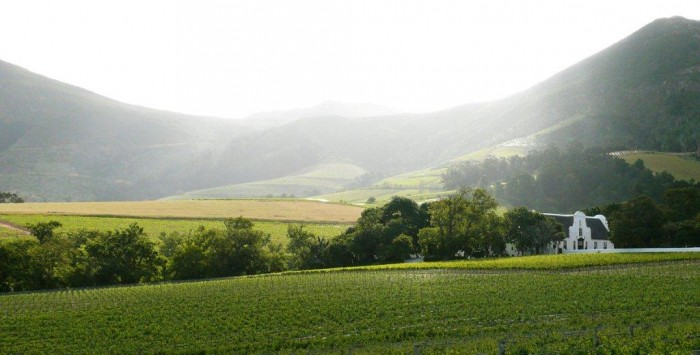 South Africa’s oldest wine farm Groot Constantia,  has been around for 328 years and wine has been produced on the property without missing a vintage since 1685!!. Groot Constantia has evidence of this as bottles, pieces of bottles and bottle seals dating back as far as 1774 have been discovered in various places around the world. One bottle was found at the bottom of the ocean in the archipelago outside Stockholm in the late 1940’s by a diver; three bottles were discovered in the cellar of a castle near Belgium that date to the period 1760 – 1840; a bottle piece featuring the Constantia bottle seal was discovered on a beach in the Delaware Bay and identified by historians to be part of the cargo of the Severn – a ship that was stranded there in 1774; another find was a very crude example of the Constantia wine seal – evidently far older than all the other examples – which was unearthed in an excavation in Meiningen in Germany.

To honour Groot Constantia’s rich history as the origin of the South African wine industry the estate decided to resurrect and re-use an original, historic wine label, which prominently features a sketch of the Manor House and use them on the Gouverneurs Reserve Range.  “Groot Constantia’s main point of difference within the industry is the fact that the estate is the oldest in the country and it is for this reason that we chose to use an old label as our ‘new’ wine label,” states Boela Gerber, Winemaker for Groot Constantia.  “This special label not only honours the estates history but it also distinguishes the Reserve range of wines.

Boela launched the new vintages of the Gouverneurs Reserve just after the official opening of Groot Constantia’s revamped tasting room last week. The Gouverneurs Reserve  2012 white is a Bordeaux style blend of 60% Semillon and 40% Sauvignon Blanc. The wine imparts intense aromas of tropical fruit, gooseberries and apricots with subtle hints of freshly cut grass.  The silky rich palate combines  minerally and flinty flavours with an exhilarating citrusy finish. Whilst the wine drinks extremely well now, it is should develop even greater complexity with further maturation.

The Gouverneurs Reserve Red 2010 shows intense plum colour which encourages you to enjoy bracing aromas of black cherries, ripe plums with hints of dark chocolate! These senses all come together on the palate which bring out the flavours of the dark fruits discovered on the aroma backed up by black pepper and spice on the finish. The structured tannins along with the firm acid will allow extra complexity after a few more years of cellaring.