Posted at 17:42h in Wine of the week by HowdyPress 0 Comments 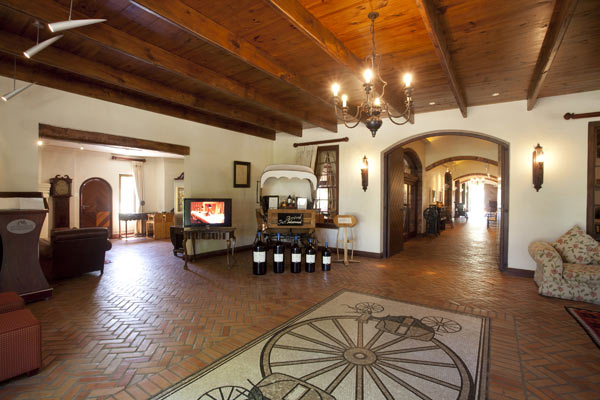 Blaauwklippen wine farm in Stellenbosch first planted the variety Zinfandel in 1978 (Zinfandel is an exotic and unique red cultivar which originated on Croatia’s Dalmatian coast). From this bush vine vineyard the then wine maker Walter Finlayson won the Diners Club Winemaker of the year Award in 1981 for the 1980 Blaauwklippen Zinfandel. Quite an achievement for a variety virtually unheard of in the Cape. Today there are only a handful of local wineries that produce this wine.

Rolf Zeitvogel, Cellarmaster at Blaauwklippen, has continued the legacy created by Walter and his subsequent vintages have shown what a lovely wine this grape can produce.  He also produces a “white” Zinfandel which, in fact is a pink wine made from this red variety as well as a decadent Zinfandel Noble Late Harvest which is well worth having if you are a sticky fan!

Rolf’s continued interest in this variety results in his pursuit to try Zinfandels from other countries and on a yearly basis he shares his findings with other like minded enthusiats of this variety. So last week he invited us to taste four Zins from Australia starting off with the Cape Mentelle Zinfandel 2010 from the Margaret River region in Western Australia. Grown on ungrafted bush vines the wine delivered a pleasant rich sweet plum and black cherry flavour coupled with a conservative alcohol of 14.5%. This was followed by Cargo Road  Zinfandel from the Orange Region, New South Wales. The alcohol was a lot higher at 16.7% which gave the wine an intense sweet ripe blackcurrant flavour similar to the Primitivo style. Third in line was a Zinfandel from the Smallwater Estate in the Geographe Region which I enjoyed with its savoury red cherry flavours but again alcohol high at 15.5% so a must with food! Last but not least was the blockbuster from the Peel Estate in Western Australia with a whopping alcohol of 17.5% and tasted almost like a black cherry liquor!! Of course now that we had tasted through the Aussie wines Rolf brought out his pride and joy which is his latest vintage of the Blaauwklippen Reserve Zinfandel, being the 2011. The wine has not yet been bottled so we were tasting a sample taken from the barrel. The wine showed excellent integration of fruit and tannin with huge complexity which will allow the wine to mature gracefully over the next 5 years or so.

After the tasting lunch was served and here we enjoyed the other styles of Zinfandels made at Blaauwklippen. I was most impressed with the 2010 Blaauwklippen Vineyards Zinfandel. This is an elegant wine with subtle aromas of dried fruit and  hints of spicy pepper which followed onto a silky  palate with intense flavours of rich plumy fruit and hints of vanilla on the finish. The wine was a winner with lightly seared Tuna served with a Cranberry Beurre Noisette prepared by the team at the Radisson Hotel in the Waterfront..