Posted at 11:50h in Wine of the week by HowdyPress 0 Comments

Steenberg Vineyards, the oldest farm in the Constantia Valley, has a portfolio of exceptional wines which I enjoy tasting on a frequent basis! A couple of years ago they introduced their Intriguing HMS range of wines  which certainly added another wonderful dimension to the Steenberg portfolio. Steenberg’s Cellar master and General Manager, John Loubser, explained that the HMS range would comprise of fruit from selected vineyards which may not all be from the Constantia region. The sourced grapes for the wines showcase the character of the style of wine related to the selected vineyards, soil and climate. The range was initially released with two wines namely the HMS Rattlesnake Sauvignon Blanc  and the HMS Sphynx Chardonnay, and later a Bordeaux style red blend was added and named HMS Echo. 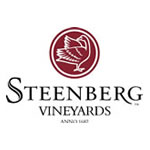 The naming of the three wines finds its origin in the fascinating history of the Battle of Muizenberg and refers to three of the squadron of ten Royal Navy ships that took part in the 1st British Occupation of the Cape. HMS Rattlesnake fired her guns in the legendary battle between the British forces and the VOC (De Vereenigde Ost-Indische Compagne) on Sunday, the 7th of August 1795, while HMS Sphynx lay at anchor in Simon’s Bay. It also ties in with the history of Steenberg in that much of the action took place around this coastal area and inland, encompassing what is today known as Sandvlei, Retreat, Wynberg and Muizenberg. Skirmishes took place where now the Steenberg vineyards grow. The HMS Echo, however, was a 100ton sloop which tested its capabilities by defending the British Officers in Hout Bay after the Battle of Muizenberg. 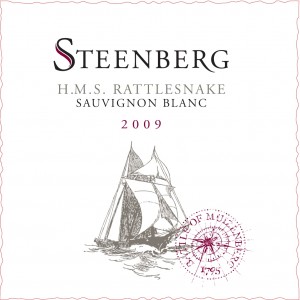 The HMS Rattlesnake Sauvignon Blanc 2011 was recently awarded a credible 5 stars in the Classic Wine magazine Sauvignon Blanc Tasting. Produced with fruit  sourced off the farm and  from other cool climate areas including Darling and Durbanville, the wine offers a rounder, creamier version of Sauvignon Blanc. 25% of each vineyard was barrel fermented and aged for a total of 90 days in 500 litre and 600 litre French oak barrels, while the remaining grapes were fermented in stainless steel, and kept on the lees for 90 days. Hereafter the wine was blended and kept in stainless steel tanks until bottling.

The result is a crisp wine with typical tinned green pea, tropical fruit and herbaceous aromas, which follows easily onto a silky palate with delicious Sauvignon freshness and a lingering aftertaste. Enjoy from now up to two years.