Posted at 09:03h in Wine of the week by HowdyPress 0 Comments

One of the oldest and perhaps most prominent wine producers in the Cape must be Nederburg. Well known perhaps for its success in its capability to produce large volume, yet excellent quality everyday wines as well as several ranges of premium wines. The ability to orchestrate a winery of this size demands a team of highly proficient winemakers led by an equally competent cellarmaster.

Nederburg has a history of well known professionals who have striven over the years to nurture the brand into the success it is today. To pay tribute to these achievers at Nederburg it was decided to create a range of wines collectively known as the Heritage Anthology. There are four wines which are individually named in honour of a personality who has played a major role in shaping the winery’s reputation.

Launched last week at a gourmet lunch held in the Dolphin Room at the historical Cape Town Castle, the four wines were introduced to the guests by the current Nederburg cellarmaster, Razvan Macici. 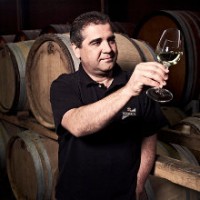 First up was the 2011 wooded Sauvignon blanc called The  Young Airhawk which  pays tribute to Nederburgs founder Johann Graue’s son, Arnold, who, like his father, introduced many technical innovations to Nederburg and enhanced his father’s award-winning reputation. Arnold died at 29 in a light aircraft crash.

The grapes for this wooded Sauvignon Blanc were sourced from vineyards around Gansbaai, Darling and Durbanville. They were fermented in a combination of second- and third-fill 228 litre and 300 litre barrels. The wine was kept on the lees for 10 months and stirred regularly to add creaminess and complexity.

“Layers of green figs, asparagus and minerality on the nose and palate integrate very well with the wood.  It’s fresh, crisp and zesty with a creamy texture and can age for five to seven years,” says Macici.

The wine was served with a duo of pan-fried fish and scallops served on sautéed dune spinach with fondant potatoes and pernod cream sauce.

Second course was served, and here we had the 2009 Brew Master which is a Bordeaux-style blend that commemorates Johann Graue, who revolutionised winemaking in South Africa when he acquired Nederburg in 1937 with his efforts to isolate top-performing vines for reproduction and his introduction of cold fermentation techniques.

Led by Cabernet Sauvignon and including Merlot, Petit Verdot and Cabernet Franc, all individually vinified, the grapes were fermented on the skins in a combination of open fermenters and stainless steel tanks. The wine was aged in new and older 300 litre French barrels for 24 months before bottling.

Macici says it is very classical in style with “savoury, complex aromas and flavours.”

It paired perfectly with crisp confit of duck with a gooseberry and aniseed reduction.

On to the third course and Razvan introduced The 2009 Motorcycle Marvel that honours the legendary winemaker Günter Brözel, who was at Nederburg from 1956 to 1989. It is a three-way Rhône-style blend of Grenache, Carignan and Shiraz. The first two come from old bush vines in Paarl, while the Shiraz has been sourced from a premium block in Philadelphia. 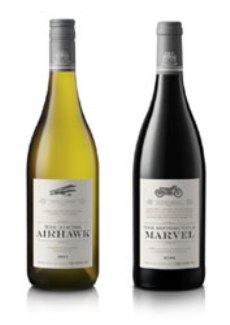 Fermentation took place in open vats with extended skin contact to enrich colour and flavour, and later matured for two years in second, third and fourth-fill barrels which ensured a delicate oak extraction.

The result says Macici is a “rich and intense explosion of flavour with spicy, peppery berry and sweet fruit characters, ripe and silky tannins and an excellent integration between fruit and wood.” It was perfectly matched with Cape Malay denningvleis served on saffron and raison basmati rice.

The fourth and final course of crustless milk tart served with gooey koeksisters was paired with The 2011 Anchorman Chenin Blanc. Named after Nederburg’s founder Philippus Wolvaart who bought the farm in 1791 and planted Chenin Blanc amongst other varietals.

Macici describes it as a “most interesting and expressive wine that is a blend of very differently vinifed components and that succeeds in combining a bracing freshness with complexity.” Fruit was sourced from low-yielding, dry-farmed old bush vines in Darling, Durbanville and Paarl.

“One portion was fermented in second- and third-fill 300 litre and 500 litre barrels. A second component was fermented in stainless steel tanks, while a third was fermented in very old, large vats and the remainder involved a fermentation technique usually reserved for red wines. Called carbonic maceration, it allows whole bunches, neither crushed nor pressed, to ferment spontaneously, and the wines tend to be light and fruity.”

Macici chose the technique for the freshness it would impart to the wine.

“This Chenin Blanc is very reminiscent of ripe fruits, especially apricots and oranges, with floral hints and traces of raisin and spice with a vibrant mineral spine.”

Well done to Razvan and his team for producing these superb wines and perhaps one day, he too will be recognized for his achievements at Nederburg.