Posted at 13:23h in Wine of the week by HowdyPress 0 Comments

An hour-and-a-half’s drive from Cape Town is all you need to reach the delightful town of Wellington which is also surrounded by beautiful mountains and vineyards. I have over the years been pleasantly surprised with the increasing quality of the wines produced from this region and especially with their Shiraz’s and Chenin Blancs. 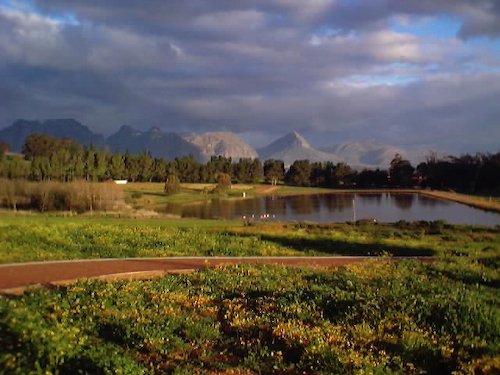 The Wellington Wine Route was created in 1992, but was demarcated as a ward of Paarl which meant that Wellington wines had to bear the words WO (wine of origin) Paarl. However, after years of struggle to redefine the borders of the Wellington District, it was finally approved and announced in March 2011 that Wellington was now a registered wine district. Wellington could now recognise its independence as a District, so in September this year there will be celebrations to honour this important milestone in the Cape’s wine history.

In 2010 the Wellington district was awarded The SA Terroir Top Wine Area and this inspired the idea for an internal wine competition. Named Quest for the Best by the original convener, Dave Hughes, the competition is now in its third year. The overall vision of the competition is to improve the standard of Wellington wines from wineries within the Wine of Origin, Wellington.

This year Cape Wine Master, Christine Rudman took over as the convener of the competition along with a panel of highly regarded wine judges. The competition took place on 3 August and I had the opportunity after the judging to taste the wines entered once the debriefing from the judges was completed.

I particularly enjoyed the Diemersfontein 2011 Shiraz. The wine is made at the Diemersfontein Wine and Country Estate, which is situated on the outskirts of Wellington. It is a 183 hectare farm on the slopes of the Hawekwa mountains and boasts a winery, guest house and smallholdings around the vineyards. 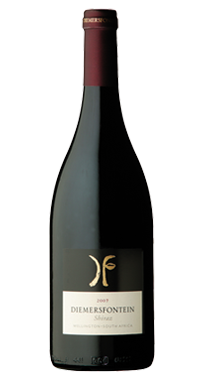 David Sonnenberg, who is the owner of Diemersfontein, is the grandson of Max Sonnenberg who co-founded the Woolworths empire. Max was also a member of Jan Smuts’ government and used Diemersfontein as his country getaway. The original storeroom for the Woolworths fresh produce still stands and has been used in the past as a tasting room and storage for the wines produced on the farm.

David’s father started to plant vines in the early 1970s and when David and his wife returned from England to settle on the farm he built a wine cellar in the year 2000. Varieties under vine include Shiraz, Pinotage, Cabernet Sauvignon, Merlot and also less common varietals including Viognier, Barbera, Roobernet and Mouvedre.

The 2011 Shiraz is inky black in colour with lovely warm aromas of freshly made plum pudding with hints of sweet spice and cinnamon. The palate delivers silky smooth flavours of black cherry and spicy plum with hints of dark chocolate appearing on the long elegant finish.