Posted at 15:44h in Wine of the week by HowdyPress 0 Comments

Villiera, on the outskirts of Stellenbosch, is a thriving winery which has been producing wine since 1983 under the ownership of the dynamic and innovative Grier family. They produce a range of excellent Cap Classique, white and red wine as well as a port, and their success is a result of their consistent quality, year and year, in all their products. 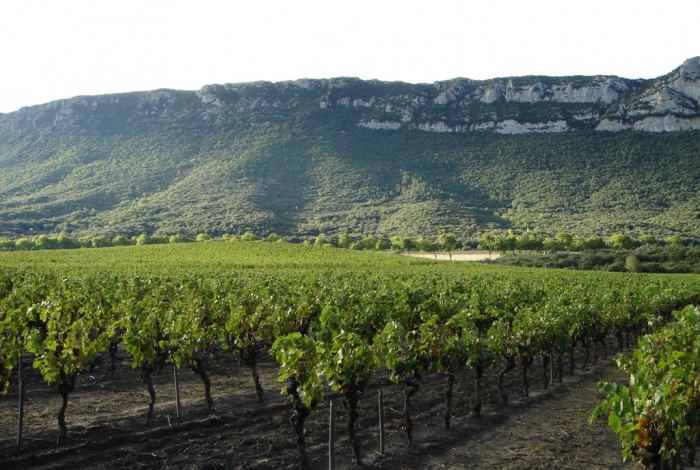 However not satisfied with only producing wines locally they recently ventured into France where they purchased 22ha of vineyards close to Perpignan in the southern region. Their long time friendship and working relationship with Louis Denois, who initially assisted the Griers with their Cap Classiqie production at Villiera, contributed to the their dream of owning vineyards in France.

Denois, who had previously been in the Champagne region, moved to Limoux where he discovered the brilliant terroir of Southern France. He identified the Fenouillèdes in the Roussillon area for top quality reds. Climatically and culturally there are similarities with the Cape and the Grier family felt comfortable that they could make quality wine from this area. 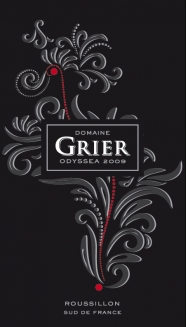 When a 22 ha vineyard between St Paul de Fenouillet and Caudiès de Fenouillet became available early in 2006 the Griers purchased their first piece of France! Rather than rent space in neighbouring cellars to make their new wines they purchased a cellar in the village of St Paul and this is where the Odyssea is made. They are assisted by a local winemaker, Raphael Graugnard, who understands and shares a passion for the region.

The Odyssea 2009 is a blend of Syrah (50%), Carignan (30%) and Grenache (20%) and rated highly whilst tasting the wine this week alongside a range of similar styled wines from the Rhone region of France (well known for its Shiraz based wines). The wine is dark plum in colour with complex aromas of violets, blackberry and spice which follows onto a rich palate, of dark berry fruits and spice with subtle hints of chocolate, supported by gentle oak on the finish. This seductive, velvety wine can be enjoyed now but has the potential to age for another 4 to 5 years.