Posted at 10:06h in Wine of the week by HowdyPress 0 Comments

A handwritten invitation attached to a small bottle of Luddite Shiraz, was personally delivered to my office, making a refreshing change from the usual “email” invite! However knowing the man behind Luddite it was not surprising as Niels Verberg is a gentleman from the old school who prefers to leave the modern technology of communication rather to his delightful wife Penny and his children!  The invitation was to celebrate 200 years of Luddite, and to be more specific the “Luddite Uprising” which swept through the English Midlands between 1811 and 1813! Started by a band of handloom weavers, who became known as Luddites, gathered in Nottinghamshire to protest against the new textile machinery they believed would rob them of their jobs and their way of life! In short they were desperate to prove that machines cannot be more important than men. 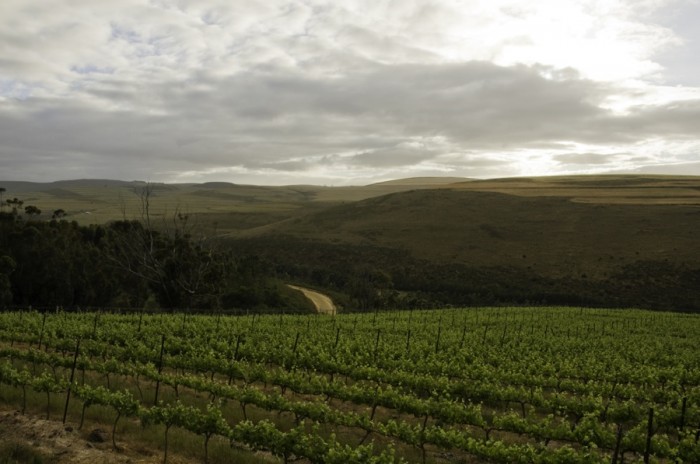 Niels is a strong believer that technology and mechanization will never be a substitute for passion especially when it comes to making wines and his philosophy is accomplished with the making of his Luddite wines. Luddite Wines was started in 1999 with the sole aim to create world class shiraz and the first vintage was the 2000 which was well received by lovers of this cultivar. The 17ha farm is located in the Bot River region near Hermanus with 6ha under vine, along with a small olive orchard as well as a gang of pigs which roam the remaining part of the land.

So besides celebrating the 200 years of Luddism, Niels and Penny had arranged a vertical tasting comprising 6 vintages of their Luddite Shiraz. We started the tasting with the 2005 and ended with the 2004, the latter being served at lunch. The 2005, 2007 and 2009 were from cooler vintages which benefitted from the long ripening periods, resulting in beautifully balanced wines in harmony with the fine tannins and judicious use of oak. The even vintages, 2006 and 2008, were no less exceptional but the difference being that the vintages were warmer which resulted in more fuller bodied fruit driven wines with ripe tannins. The 2004 tasted with wood fired roasted pig (from the Verberg’s farm) was simply downright delicious and proved the abilty of this wine aging gracefully as well as being a delight with food.

But as I always have favourite on the day it was without doubt the 2007 vintage which I am happy to say is the current vintage on the market!  The colour of inky plum encourages you to sniff the delicate aromas of spice and black cherry along with hints of liquorice. The palate is rich and silky with savoury ripe plums and subtle hints of spice and cinnamon on the lingering finish. The wine can be enjoyed now and certainly with winter fare but I know I will be putting a case away for ultimate pleasure in a few years time!