Posted at 15:51h in Wine of the week by HowdyPress 0 Comments

Zinfandel is an exotic and unique red cultivar which originated on Croatia’s Dalmatian coast . However its claim to fame really started when the variety reached the East Coast of the United States of America around 1829. Later in the 1880’s Zinfandel took a firm hold on the Californian wine business when the grape proved that it could produce a decent wine and in great quantity! In fact it became so popular with wine aficionados that it was considered California’s answer to Claret! 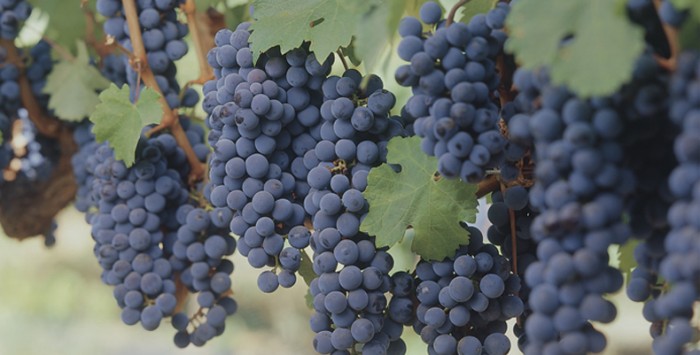 Blaauwklippen wine farm in Stellenbosch first planted Zinfandel in 1978. From this bush vine vineyard the then wine maker Walter Finlayson won the Diners Club Winemaker of the year Award in 1981 for the 1980 Blaauwklippen Zinfandel. Quite an achievement for a variety virtually unheard of in the Cape. Today there are only a handful of local wineries that produce this wine.

Rolf Zeitvogel, Cellarmaster at Blaauwklippen, has continued the legacy created by Walter and his subsequent vintages have shown what a lovely wine this grape can produce. He also produces a “white” Zinfandel which, in fact is a pink wine made from this red variety as well as a decadent Zinfandel Noble Late Harvest which is well worth having if you are a sticky fan!

Rolf’s continued interest in this variety meant a trip to California recently where he showed his Zinfandel range at the Zinfandel Advocates and Producers (ZAP) festival. His wines were tasted amongst California’s best from which he brought back a few examples for a few of us to taste. The wines ranged in price from USD$26.00 to USD$51.00 and only three examples were 100% Zinfandel with the others having small amounts of Petit Shiraz and Carignan added. Generally the Californian wines lacked finesse, but offered ample savoury plum fruit along with hints of marmite or well hung meat! However one did leave a happy memory and that was the Terra d’Oro – Deaver Zinfandel from the 2008 vintage. Made from 100% Zinfandel the wine had a spiced biltong and violet aroma leading to a savoury palate of rich creamy blackberry fruit.

After tasting the Californian wines Rolf unveiled his newly released Zinfandel Reserve 2009, and what a pleasant difference in quality to the Californian line up! Here was an elegant wine with subtle aromas of dried apricot fruit and spicy plum which followed onto a complex palate with intense flavours of rich brambly plum fruit and hints of bitter chocolate and vanilla on the finish. Although the wine is a little tight now (requiring a few more years of cellaring to open further) it paired beautifully with our main course of grilled fillet and braised shank ravioli.