Posted at 12:17h in Wine of the week by HowdyPress 0 Comments 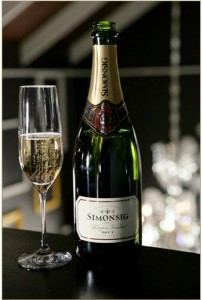 I have a wish that one day I will have the where with all to enjoy a glass of French Champagne daily!…….needless to say I am an avid sparkling wine drinker and am happy that while I work on raising my monthly income I am enjoying the excellent locally made Cap Classiques (sparkling wine made in the traditional Champagne method)! Since the late Frans Malan, founder of Simonsig, produced the first Cap Classique back in 1971 there are now over 50 other wineries producing various styles of Cap Classique!

Traditionally the grape varieties used for Champagne and Cap Classique production are Chardonnay and Pinot Noir. There is, however, a third variety which is sometimes added namely Pinot Meunier, a red grape variety. It is similar to the Pinot Noir grape but offers an extra dimension resulting in delicious aromatic fruit flavours during the early stages of the wine. Simonsig was the first Cap Classique producer in the Cape to use all three varieties when they introduced the Pinot Meunier to their Kaapse Vonkel in 1997.

Celebrating its 40th anniversary in 2011, Simonsig Kaapse Vonkel over the years has proved immensely popular and has been awarded countless awards during this time. The 2005 vintage was, in fact, so good that it won awards for both its 750ml and 1.5 litre by coming 1st and 2nd place respectively out of 70 wines in the Amorim Cork Cap Classique Challenge held in 2009. 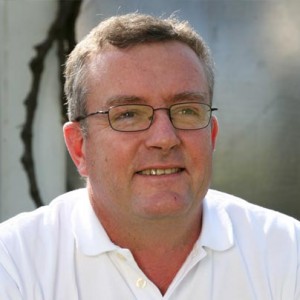 Simonsig’s winemaker and cellarmaster, Johan Malan achieved a similar feat in the inaugural 2002 Challenge, when his Kaapse Vonkel Brut 1999 scooped first prize and the 1998 vintage placed third – and his repeated success in 2009 suggests this craftsman has been fine-tuning his technical skill when it comes to producing this style.

The Simonsig Kaapse Vonkel 2009 is made in the fuller, fruitier style and showing “pleasing developed character on the nose” and a “rich and full” palate, the wine offers good value at R99.00 – delivering on what Johan Malan describes as a wine that is “trustworthy both in terms of price and quality”.

We enjoyed a bottle of this delicious wine over a selection of Sushi with salmon, prawns and tuna, but as it’s my partners favourite bubbly I have bought a bottle for Valentine’s day!

The wine also has the complexity to develop further in bottle so great to buy some now and enjoy over the coming years!