Posted at 13:43h in Wine of the week by HowdyPress 0 Comments 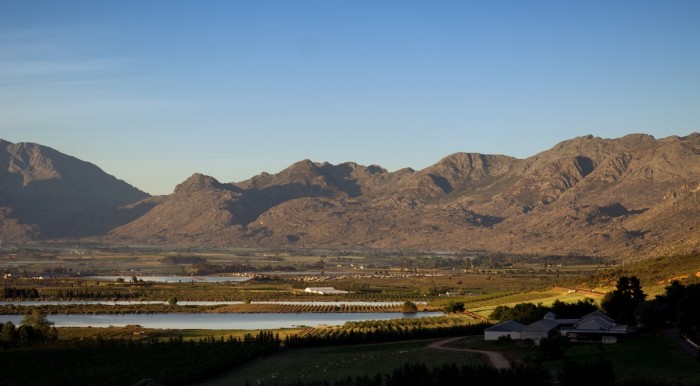 View from Koelfontein over the Ceres valley

Mention the name Ceres and we think of fruit juice, cherry picking and making snowmen during winter snowfalls. Ceres, Western Cape is in fact a bustling town with a thriving fruit industry as well as being the gateway to the Koue Bokkeveld and the Cederberg. They also boast Africa’s longest zip line tour which for is a must for adrenalin junkies, not only for its speed but for the magnificent scenery the slide takes you through. Who then would believe that one of the Capes finest Chardonnay’s hails from this area? The first vintage of the Koelfontein Chardonnay was the 2002 and it was an instant winner amongst wine merchants, restaurateurs and Chardonnay followers. Koelfontein is the only winery in this region to be certified Wine of Origin Ceres and besides the Chardonnay produces an award winning Shiraz.

The farm Koelfontein nestles at the foot of the Gydo Pass close to the village of Prince Alfred Hamlet on the outskirts of Ceres. It is predominantly a fruit farm and well known for producing outstanding dried fruit which can be found in exclusive food stores in and around South Africa. Visitors are welcome to sample the wines at the tasting room, Die Kelder, and if you wish to make a weekend of it then there is the beautifully renovated Kloofhuis guesthouse which dates back to the 1800’s. 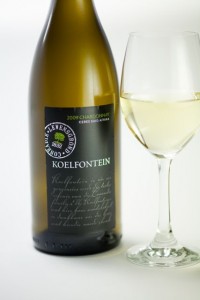 The Koelfontein Chardonnay 2009 is grown on the eastern slopes of the Skurweberg and benefits from the cool climate afforded to this site. Extremely cold winters allow the vineyards to shut down and “sleep” which allows the vines to regenerate with new vigour in Spring. The grapes were fermented in 300 litre barrels and allowed to mingle with the lees prior to its 9 month of barrel maturation. The result is a wine with fresh citrus aromas with a touch of muscat which lead to silky rich flavours of toasty butterscotch. Cool climate minerality climbs in on the dry yet fresh finish.

Enjoy with lemon and herb Chicken.