Posted at 10:48h in Wine of the week by HowdyPress 0 Comments

Justin van Wyk, wine maker at Beau Constantia, had a pleasant surprise recently when his first vintage of the Cecily Viognier from this estate received the trophy for Top Viognier at the Novare SA Terroir Awards 2011. 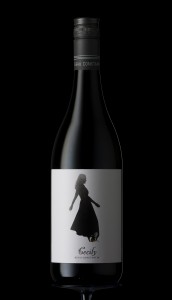 Constantiaberg. The vineyards which are north facing benefit from this position as the Viognier grape thrives on the late afternoon sun as well as benefitting from the cool on shore winds from the ocean close by. This unique growing environment allows this relatively rare variety in the Cape to express itself with beautiful balance and opulent flavours of apricot, peach and lime blossom.

Besides the Viognier, Justin has planted classic red varieties suited to the terroir and in particular Cabernet Franc and Shiraz. The idea is to initially produce two red blends from the 2010 vintage which will only be released once Justin is happy they are ready to be consumed by us mortals!

Only 900 bottles of the 2010 Viognier were produced from 7 year old vines bearing at 4.2 tons per hectare. The grapes were crushed as whole bunches in the traditional method underfoot by members of the Du Preez family before being lightly pressed with a hydraulic basket press to extract the sweet golden juice. The juice was fermented in three French oak barrels, 1 new barrel and two 2nd fill barrels. It remained in the barrels on the lees for a further 5 months before bottling.

This wine offers peaches and creamy spice aromas, leading to a rich, full palate with a graceful long, lingering finish.

The scented spiciness which the wine offers made it the right choice with a medium chicken curry which echoed the aromatic spices we used when preparing the dish.

Great attention has been given to the label on the bottle, which is clean and appealing with a silhouette of Beau Constantia’s owner, Cecily Du Preez!