Posted at 22:06h in Wine of the week by HowdyPress 0 Comments

De Wetshof Estate, outside Robertson, has its history dating back to 1949 and today under the ownership of larger than life wine personality Danie de Wet, they are undoubtedly one of the foremost wine producers in South Africa. It was Danie’s passion for Chardonnay which drove him many years ago to bring to the Cape the first root stocks for this variety. Besides Chardonnay, Danie was also the first man to locally produce Sauvignon Blanc and Rhine Riesling and they are still on the De Wetshof portfolio today. However his passion continues to produce excellent Chardonnays (vines thrive on the farms limestone rich soils), which has resulted in him producing no fewer than seven different examples, the seventh, the Site Chardonnay having just been released.

The 2009 Site Chardonnay is produced from a vineyard planted by Danie in 1987, the only vineyard in South Africa that produces wine from the classic 119 Burgundian clone developed by the University of Burgundy in Dijon. The Site’s label carries the precise co-ordinates of the vineyard: “S33° 53’ 2.38” E20° 01’ 23.86”. “With the age of this block, the magnificent plant material and its unique soil structure, it was only fair to pay tribute to the block by naming the wine after this special site and offering its co-ordinates to anyone who wanted to track the vineyard down and see it for themselves,” says Danie. 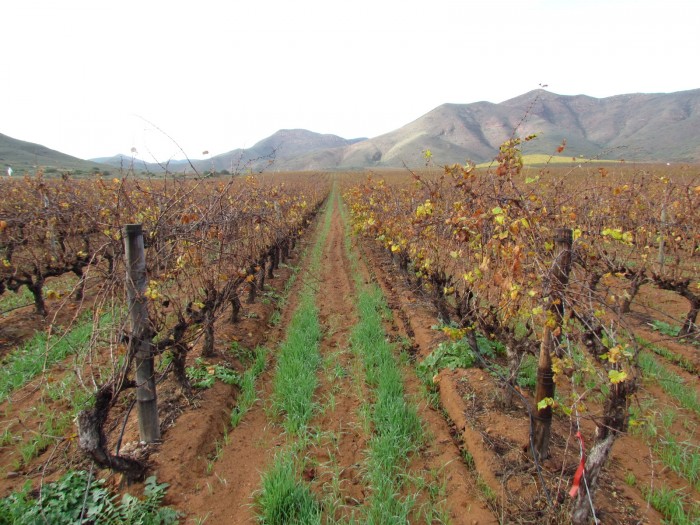 Danie has always had a dream to produce a single-vineyard Chardonnay from this vineyard. “But with this only being a small and low-yield vineyard of 1,5ha, the limited fruit volume was required to add its alluring complexity and nutty, citrus notes to some of the Estate’s other young-vine Chardonnays through blending.” Now that the aforementioned younger vines have reached maturity, a decision was made to vinify the grapes from the older vineyard to add another premium Chardonnay to the De Wetshof stable.

“Now I’ve got this vineyard all to myself!” says De Wet. “And it is wonderful making wine from such refined fruit. Although the 119 clone heralds from the greatest white wine region on earth – Burgundy – it has shown an affinity for our region’s soil types.
“Besides the attributes of the unique plant material, the vineyard is planted on a former wheat-field in limestone-rich soils supported by a clay component,” he says. “The water retention capabilities are quite extraordinary. Situated at 180m above sea-level and facing north-east, the vineyard is in the face of the funnel through which the cool south-east breeze is blown into the Robertson valley allowing the fruit a lot of brisk fresh air and bright sunshine during the growing stage.”

The vineyard yields between 8 to 12 tons per hectare. After hand-harvesting and crushing in February, the grapes were left on the skins for three days to give the juice ultimate complexity. “People don’t always realise how much flavour and structure you can get from the skin of a white grape,” says De Wet.
Fermentation and maturation was done in first and second-fill French barrels, with batonage performed weekly for the first three months and every two weeks thereafter. The wine was racked after 10 months and a further eight months bottle maturation allowed the wine to gain further complexity.”

“The exceptional 2009 vintage definitely brought the characteristics of the specific clone and soil to the fore,” says De Wet. “Classical citrus and nutty flavours abound as a result of the limestone, while the clay soil component adds complexity.”

Agreed Danie and well done! An added dimension to the gorgeous flavours was found when we enjoyed the wine with a smoked salmon pasta.